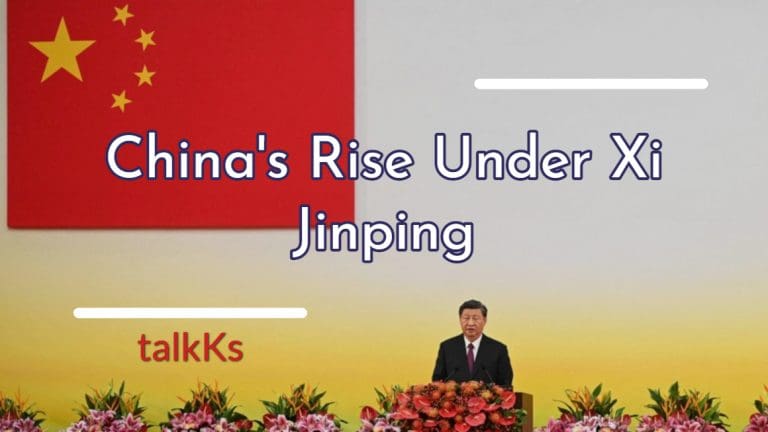 Top Rated items in this list as voted by talkKs Readers

In October 2022, Xi Jinping secured his status as general secretary of the Chinese Communist Party (CCP). With this achievement, he continues as the Republic of China’s president for an unprecedented third term. Western media is often negative about Xi Jinping and portray him as an authoritarian dictator on a quest to take over the world. But how objective is this view? Does Xi Jinping genuinely just want the best for his country?

Xi Jinping was born in 1953 in Fuping county, Shaanxi province, China. His father, Xi Zhongxun, was a Chinese Communist veteran and an early comrade of Mao Zedong, but he was purged and went out of favor by his party and government during the Cultural Revolution. Xi Jinping has had a long political career in the Communist Party. After completing his studies in chemical engineering at Tsinghua University, Xi Jinping served for three years as secretary to Geng Biao, who was the vice premier of the central Chinese government at the time. From 1999 to 2002, he served as the governor of Fujian. In 2002, he became the party secretary and governor of Zhejiang. Then, in 2007, he became the first secretary of the Central Secretariat and, in 2008, was assigned as Hu Jintao’s (the then-president’s) presumed successor. Subsequently, he was designated the vice president of China and vice chairman of the CMC (Central Military Commission).

When Xi Jinping came into Power 10 years ago, in 2012, when both China and the Communist party were in a massive crisis. Corruption was rampant, and there were hundreds of thousands of protests from citizens. There was also infighting at the top of the Communist party. As the country’s premier, Xi Jinping, responded to this crisis by launching an anti-corruption campaign that completely changed how government officials at every level conducted business. He also ramped up ideological discipline within the party. Overall, Xi Jinping re-energize China’s social development, sustainable development, international relations, economic development, and revival of Chinese culture.

But this Chinese leader has also faced numerous challenges in making the Chinese society a prosperous one. The COVID-19 pandemic was a major challenge that China faced in recent years. As of this writing, China has a strict zero-COVID policy to ensure the prevention of the spread of the disease. This is why China’s borders were closed to international visitors for a period. Recently Xi Jinping was elected as president of China for the third time. He outlined the plans to gradually end China’s zero COVID policy. But he has stated there will be no change from the policy pursuing zero COVID, which will no doubt save lives, but it will also come with an opportunity cost and be felt in the contracting Chinese economy.

Apart from Covid and the real estate crisis that has spilled over to Chinese stock market the major challenge the Chinese society is facing is its aging population. By 2035, China will have over 400 million citizens above the age of 60 and be defined as a severely aging country. Fewer workers will be available, and there will be huge challenges in providing enough public health facilities. In addition, China has one of the fastest-declining birth rates in the world. Chinese married couples dropped to a record low in 2021, with only 7.6 million marriages, the lowest since 1986. In addition, China’s fertility rate of 1.16 in 2021 is far below the average of 2.1 needed for a stable population. At its core, a country’s population is its national strength and economic strength. Combined with the aging population, these declining fertility rates are completely going to be a major risk for the future of the Chinese nation.

As controversial as Xi Jinping is in the west, he has changed China tremendously in the past 10 years. Xi’s main objective is to resurrect China from its ‘100 years of national humiliation’ as resurgent superpower. Let’s now look at major accomplishments China has achieved since Xi Jinping has come into power.