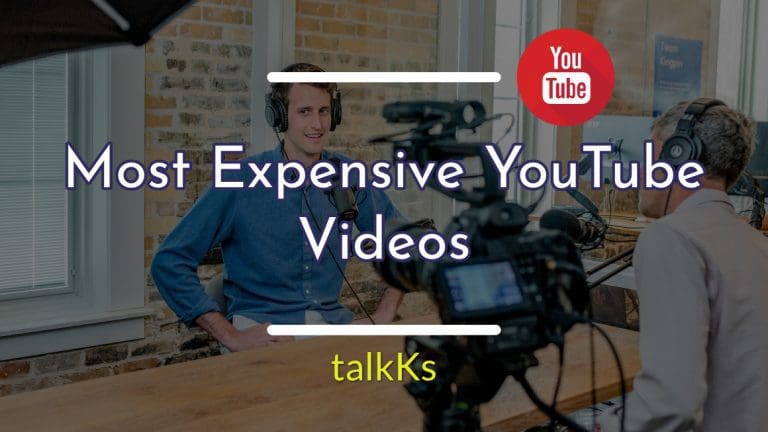 What are the most expensive YouTube videos ever created? The answer might surprise you. Some of the most expensive videos on YouTube include music videos from superstars like Madonna and Michael Jackson, videos on space and scientific inventions, and entertainment videos involving huge cash prizes!

YouTube has become a major source of entertainment for millions of people around the globe. The site boasts billions of views per month, and its popularity continues to rise. In fact, according to Statista, YouTube now accounts for over 20% of global Internet traffic. At its inception, most YouTube videos by uploaders were grainy home videos with cats and dogs, karaoke singing, or cute babies. Today, videos on YouTube are different. Modern YouTubers create expensive, high-quality content with budgets that even rival movie productions.

If you have subscribed to MrBeast, you might notice that each of his new video is more expensive than the last. But do these online video content creators earn enough money to cover their cost of production? Of course, they do! Currently, an average content creator earns around $3 – $5 per 1000 views in ad revenue. Top YouTubers can definitely earn $5 per 1000 views. To calculate the cash flow per video, let’s take MrBeast’s latest video, “Survive 100 days in a circle,” which was uploaded 3 weeks ago as of this writing and currently has 46 million views. If we divide 46 million by 1000 (remember, YouTube pays per 1000 views), we get 46000. 46000x$5 = $230,000. This is just the ad revenue from mere three weeks. If you add in the brand deals and sponsorships, the channel makes a small fortune from just one video!

Of course, not all content creators on YouTube spend millions of dollars on video production costs or huge cash prizes. But the content of their videos is still worth loads of money because they show some of the most expensive things on Earth. For example, videos involving expensive materials like antimatter or gold or videos of super luxury cars.