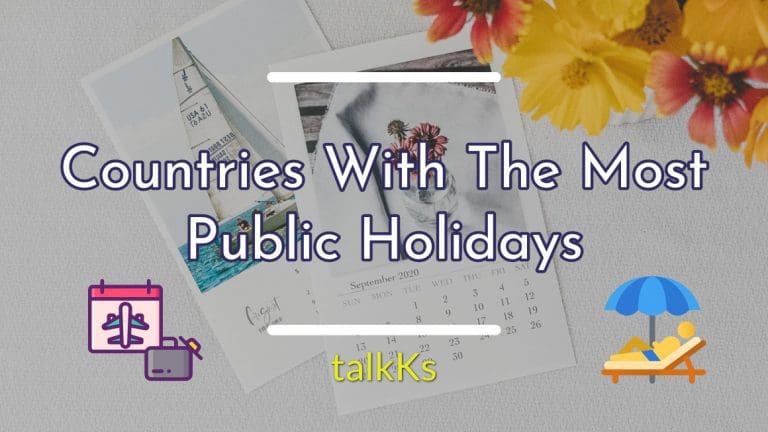 Who wouldn’t want to sleep late and enjoy a day off from work or school? A public holiday is a day that allows you this freedom. It’s a day of rest and celebration, where most people are not required to work. Generally, a public holiday is established by law.

Most public holidays are days of celebration or commemoration – a religious festival like Christmas or Diwali or the anniversary of a historically important event like the gaining of independence. Public holidays may vary from country to country. For example, most European countries only have Christian holidays, while more multicultural countries like India and Malaysia celebrate festivals from many religions, which results in these countries having more public holidays. Some popular holidays like New Year and Christmas are public holidays or national holidays in many countries, while some holidays are unique to a country’s history or culture. Most countries in the world also celebrate National Day or Independence Day. For example, Americans celebrate the 4th of July or their Independence Day, while Australians celebrate Australia Day.

Holidays can fall on a specific day of the year (for example, December 25), on a moveable day or a particular day of the week in a particular month, or even follow another calendar system like the Lunar Calendar (for example, the first Sunday after the full moon on the spring equinox). This means some holidays don’t fall on the same date every year. They are determined by various bodies before the start of the year and the printing of calendars.

Some holidays are just not one day-holidays. For example, traditional new year holidays may involve several public holidays to celebrate the same occasion. For the Chinese New Year, employees get three legal holidays in China; similarly, Sri Lankans get two consecutive public holidays to celebrate their traditional new year in April. In some Buddhist countries, the Vesak celebrations (to commemorate Buddha’s birth) also involve two holidays.

Holidays do give you a chance to get away from the stress of regular life, spend quality time with your family and friends, and boost your mental health. However, too many holidays can also have a negative impact on the country’s economy. An excessive number of holidays adversely affect the country’s productivity. Large transactions in a country, especially those related to the banking and financial system, can be held up for days when there are many holidays. Therefore, the government of a country needs to set up a reasonable number of holidays and take necessary steps to avoid any inconvenience caused by them.

This article presents the top countries with the most public holidays (in descending order). Myanmar takes the top place in the list with 32 public holidays, closely followed by Nepal with 30 holidays. Read more to find out which other countries are on this list.