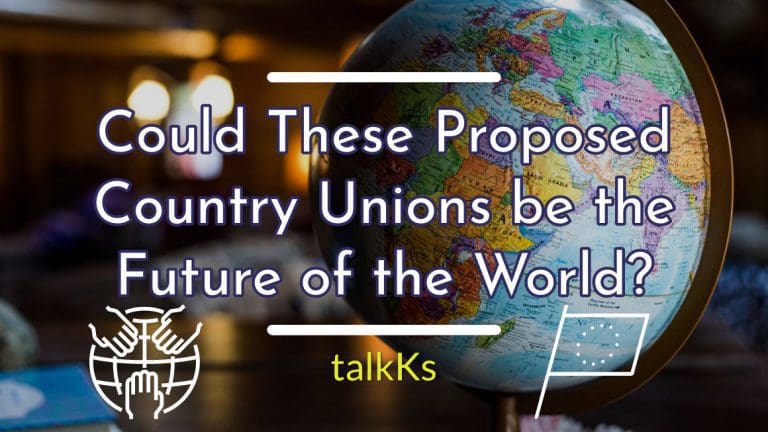 Top Rated items in this list as voted by talkKs Readers

You might find the concept of a political union of countries or states strange, but unification is not a new concept in the history of the world. Did you know that powerful countries like the United Kingdom and Germany emerged as a result of unification? The United Kingdom is made up of England, Northern Island, Scotland, and Wales. The modern Germany we all know today also formed as a result of a long-term unification. The final step in this unification took place in 1990 as the Federal Republic of Germany (FDR or West Germany) merged with the German Democratic Republic (GDR or East Germany). Even the all-powerful United States formed as a result of a union of states a few centuries ago. The unification of Tanganyika and Zanzibar to form Tanzania is another example of a successful union in recent history.

Generally, countries that unite together to form unions or alliances have some similarities in common. Most of these countries are neighbors or share close geographical proximity. They may also share a common language, culture, or ethnicity, which simplifies the integration of two countries. There are several benefits to such country unifications. Through these alliances, countries can share technology, resources, and labor force, which would result in economic stability and growth. Such unions can also uplift disadvantaged communities and battle global issues like climate crisis and energy crisis. Together, the new union can stand powerful against other countries in the region.

However, the merging of countries does not always end in peace and prosperity. There is always the chance of one country, usually the more powerful country in the union, dominating and exploiting the other. The citizens of these countries also fear losing their unique identity and might find it difficult to get along with the citizens of the other country/countries, creating all sorts of issues. Sometimes, the union might exist for a few years, and then countries might break apart, reverting back to their original states. In fact, the number of unsuccessful country unions far exceeds the number of successful unions in world history. Some examples of such short-lived unions include the merger of the Republic of Egypt and the Syrian Republic to form the United Arab Republic (in 1958), the merger of the Kingdom of Iraq and the Hashemite Kingdom of Jordan to form the Arab Federation (in 1958), and the merger of  Democratic Republic of Georgia, Democratic Republic of Armenia, and the Azerbaijan Democratic Republic to form Transcaucasian Democratic Federative Republic (in 1918). There are also some proposed unions that involved a lot of planning and discussions but were canceled due to various political and practical issues.

In this article, we will look at some proposed unions that might happen in the future. Most of these unions involve neighboring countries or countries that share a common culture and language, which makes unification more feasible. These unifications will also make these countries more powerful and economically stronger. Some of these unifications are already under discussion, and much planning has been carried out to make them a success. What do you think of these proposed unions? Will they become successful unions or just remain as interesting theories? Share your thoughts using Up/Down vote buttons and comment section under each list item.