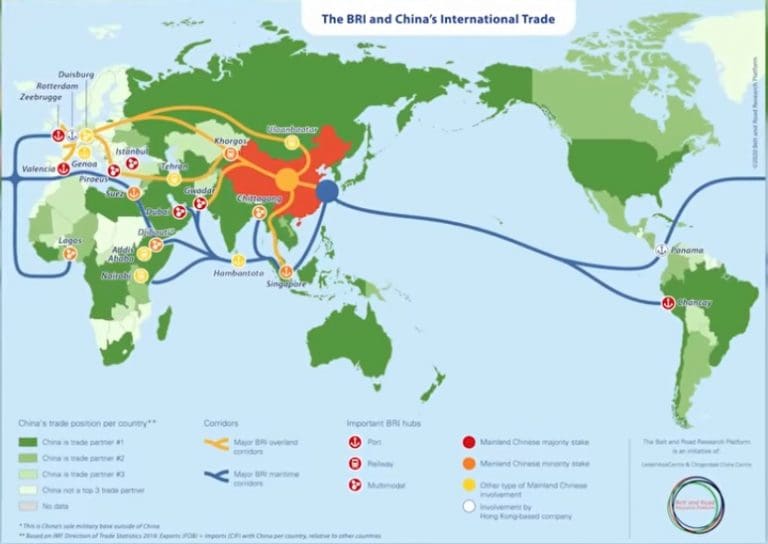 When the 19th party congress met in 2017, China's government stated their main goal for the next five years was to expand the Belt and Road initiative and make it the most valuable Trade Network in the world. Belt and Road Initiative or BRI is a global infrastructure development strategy to create a trans-continental passage linking China with South Asia, South East Asia, Central Asia, Russia, and Europe and a maritime route connecting coastal regions of China with South Asia, South East Asia, the South Pacific, Middle East, East Africa, and Europe. The five major aims of this project are policy coordination, unimpeded trade, infrastructure connectivity, financial integration, and connecting people.

The BRI is the centerpiece of XI Jinping's foreign policy, and as of August 2022, 149 countries have signed up to participate in the project. Today, the Belt and Road Project affects more than 60% of the world's population and 35% of the world's economy.