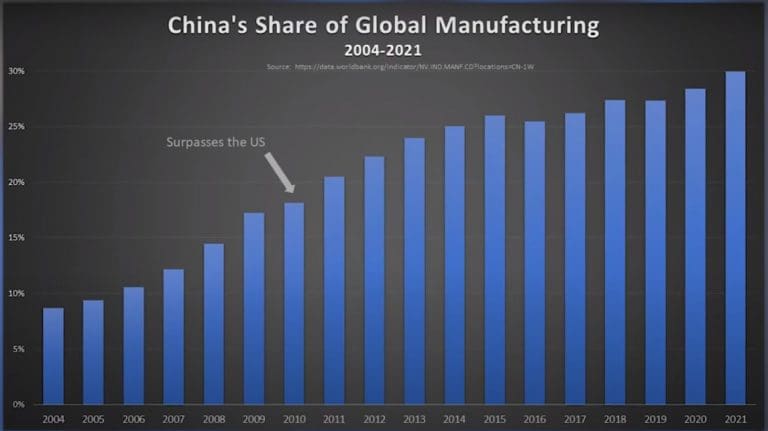 So much of what we consume in our everyday lives comes directly from factories in China. Its fair to say that the Chinese economic growth has helped lifted living standards of low middle income earners globally. China used to be known for making cheap toys, clothes, and cheap electronics, but with the 'Made in China 2025' Vision, China has shifted to becoming the world leader in developing some of the most advanced technologies in the world. Made in China 2025 is a strategic plan and policy to develop the manufacturing sector of the country and to move away from its reputation for producing cheap goods with low production costs.

Smartphones, computers, high-tech gear - most of it is now made in China. In 2011, China officially overtook the United States as the largest global manufacturer, and it has been steadily increasing every year, even with the pandemic and continuous lockdowns. China's market share continued to accelerate, and it now holds a 30% market share of global manufacturing.